In Which I Plan To Sew Clothes

on May 30, 2015
I learned to sew clothes at about 9 years old and I continued to make clothes into my late teens, but after the quilting bug bit my interest in making clothing fell by the wayside.
Currently I am nearly finished with another bed quilt and I am working on a hand applique quilt as well as not one,but two, English Paper Pieced projects.
Hold onto your hats.....watching show, "The Great British Sewing Bee", on YouTube as I sew has rekindled my desire to stitch up some tops..at the very least. As I began to sort through patterns that I have on hand and consider a new one or two I started to think about patterns themselves.....oh! How I dislike tissue paper patterns! Usually, if it is a pattern that I think I will make more than once I transfer the tissue pattern onto Pellon Decor Bond. It makes them so much easier to manage! Even if I transfer patterns I still generally make at least one of whatever from a tissue pattern before I decide to commit to transferring it to the Decor Bond (though I have just fused the pattern and then cut them both out at once). I remembered that I had been thinking about getting some pattern weight for many years, but I also recalled thinking that they are way too expensive for little ole weights.
I started to look on the web and found this cute little pattern on the blog" TeaRose Home".http://tearosehome.blogspot.com/2012/12/tutorial-pattern-weight-with-free-pdf.html. She offers the simple wee pattern as a PDF for free. These little triangles are super quick to make...just a few minutes.....and they use up scraps! 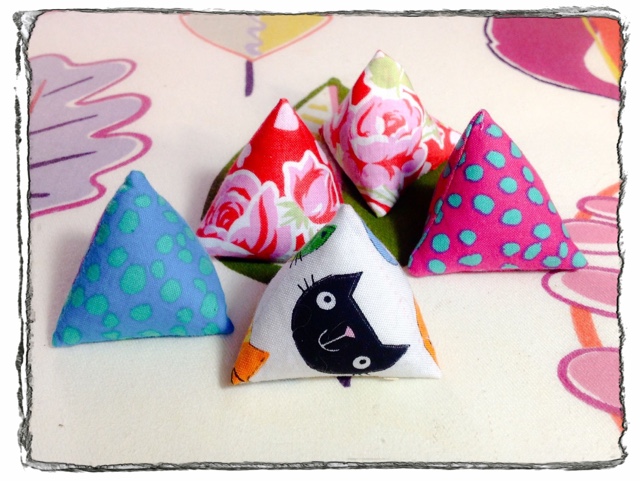 At first I filled them with rice, then I tried using beans. Neither of those gave me the heft that I wanted. Then I hit on the idea of using steel buckshot. I used some batting to hold the shot in place and to stuff the tips a bit and then I added the buckshot they were now the perfect weight to hold those darn tissue patterns ( or any pattern) firmly and  easily.
Now, I just need to get sewing...as soon as the Wagon Wheels quilt is done...only two and half blocks to go before I can arrange the blocks and sew them together. Soon a new, or at least revisited, sewing adventure awaits. Well, at least I have the pattern weight now at any rate!
Thank you Tea Rose Home for the idea!
Pattern weight sewing 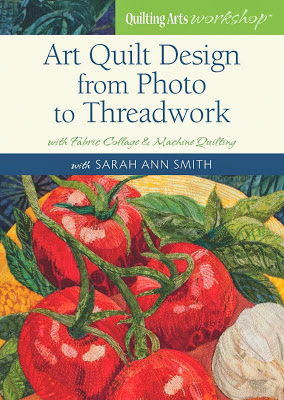 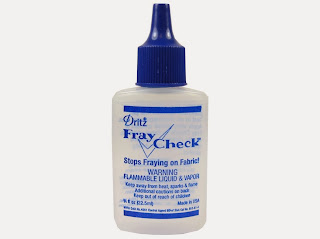