Time Skitteredd Away From Me Again! 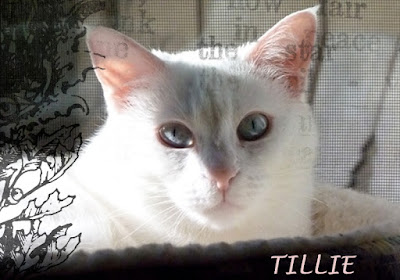 This photo? Just because I love her!
It amazes me how one small jog in life can throw me off these days! One weeks gets fuller than usual with the stuff of 'life' and I seem to get farther and farther behind.  Remember when I mentioned that I was planning a 'pithy' post? Well - here it is.


I've decided that I simply have to learn more about using PhotoShop. That pursuit had has been eating up some of my time. It's all easy when you know how I guess but something as simple as not knowing the correct term for what I want to accomplish can cause me to spend hours researching  what "it" is in my books. I spent an hour or more this morning trying to figure out how to restore my 'workspace' which I thought of more as different sort of 'tool bar'.  I finally invested in a "Teach Yourself Visually PhotoShop" book and that I can at least follow. I love the "Teach Yourself Visually" series and own quite a few on various subjects. They seem to offer books about anything you might want to learn and they are always written by experts, logically thought out and and brimming with photos and visuals! Perfect for someone like me. I've been using PS Elements for some time and, have chosen  using it over PhotoShop because, in some ways, it's easier. I decided I might as well invest the time in learning PS even though my edition of it is a bit older. There is so much to learn! I wish I could afford a class - but maybe I can teach myself enough to get by if I can just keep myself on track and not get sidetracked as I am wont to get!
I've also been doing a lot of ruminating recently as well- about both paths taken - as well as those I did not take for one reason or another. I've been considering the careers I chose versus those I turned away from - there again for one reason or another (my father saying I couldn't support myself making  art being the one that seems to stick in my craw the most). There were so many things that interested me - so many paths I could have taken a stand to pursue rather than being more or less cowed into believing that someone else knew best.
Some of the things I had considered doing at one time or another include - but are not limited to:
There are so many sub-categories too that I could have pursued had I known  that options even existed - or how to pursue them. My preparation for adulthood was, more or less, find a rich man and marry - and then stay married no matter what so that I could be 'well-off'. I loathed that whole concept and, quite obviously, did not 'obey' the dictums, but neither was I aware enough to realize that I could plot my own course without the blessing of anyone!
I've lived my life choosing to believe that we all do the best we can at any given moment  in time and that my failures were not the result of not having guidance from my parents. They too were doing the best that they could at the time. Lately though, I have wondered what life could have been like had I had parents who did try to foster my interests and provide me with guidance. I think I have been thinking about this because I now know two families that are raising their own children in an atmosphere of loving guidance and acceptance (one of these is my nearly lifelong friend Maria) whose whose four daughters are simply amazing individuals and give me hope for the future). There is no telling where these young people will go. They believe that they can do anything and everything and, indeed, they can. What a wonderful thing to be able to believe in yourself and your abilities wholeheartedly! What a gift!
At times I feel that life really is a conundrum. As I age I value myself more. Had I felt as empowered  and (relatively speaking) as self-confident when I was young as I do now (not that I feel an over abundance of confidence even now mind you!) and if I had more nurturing and guidance, I know that I would have had the spunk to turn my face to wind and become the person that I thought I wanted be. Of course there is a great amount of pleasure in knowing - even if it's a little late in the game - that I can now, at least, become the person that I wanted to be then. Whatever happened - or didn't happen - in my life it's gratifying to feel that I am, belatedly, the captain of my own ship
This week on one of the blogs  I follow (FemCentral - The Virtual Institute For Women) the question was posed "do you value yourself as a woman?" I read it more as "do you value yourself and your abilities?" The 'challenge for the week' became : "What will you do today, next week, in the coming months, to demonstrate that you value your feminine?"
For me this question is going to be what will I do today, next week, in the coming months, to demonstrate that I value myself and my talents?  I am still working on my answers. How about you? I'd love to hear what your thoughts are on self confidence and following your your own path!
on March 07, 2011
Email ThisBlogThis!Share to TwitterShare to FacebookShare to Pinterest
Labels: Living life