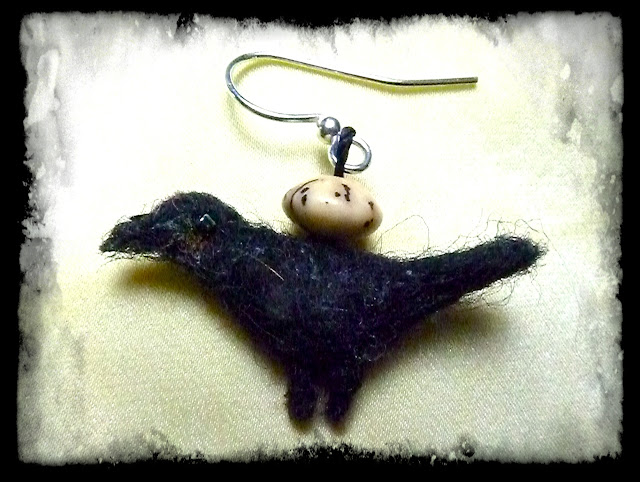 
Don't forget,  we all "fall back" on Sunday - providing us with shorter days and time to knit, felt, paint, quilt and create .. that is if you have any energy left in the evenings which I generally don't !!
on October 29, 2011
Email ThisBlogThis!Share to TwitterShare to FacebookShare to Pinterest
Labels: alum, alum mordant, crow earrings, dyeing, dyeing with lichen, felted crow earrings, Letharia vulpina, natral yellow dye color, natural dyeing, natural yellow dye, wolf moss lichen