Once Upon A Morning Bright

As this delightful sunny day dawned I met with  a bit of a road block. It's called pneumonia. I've danced a time or two or three with this particular foe in the past, but I have to admit that this time rather frightened me. It was the first time that I saw the lethal potential for this malady. I was reminded that I probably need to update my pneumonia vaccine and that I need to respect my lungs when they speak to me! I had gone to work the day before and knew I was getting 'something' - I just wasn't sure what. I got to work on Thursday morning, and before I even had my coat off I knew I was in some sort of trouble. I called and got into the doctor's office right away - thankfully they had an opening, which they often don't have any more. All I can say is thank goodness for modern medicine! After ten days of taking anti-inflammatories, antibiotics and more than a week away from work I am happy to be able to breath well again!
The only things that I was able to do, sporadically at first, were read and knit.  I had been working on this 'Caladan Shawl' from Barbara Benson (see link above under photo). It was my first ever beaded knit project, and I had to admit to being hooked (teehee) on the technique. I knit this shawl using my favorite Malabrigo Arroyo yarn in their Candombe colorway with size 6 beads in silver lined 'oliveine' (from my favorite bead store 'Beyond Beadery'). I love the amount of beads in this pattern - not too many and not too few just enough to add textural interest and the perfect amount of sparkle. The beads dance along the outer border and in between the 'waves'. 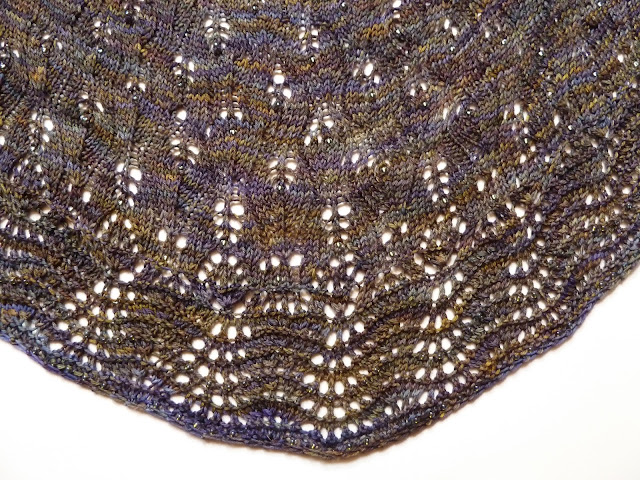 After I finished up the 'Caladan' I had to have something else to knit. I couldn't get to the yarn shop because I was sick, so I used this beautiful blend of neutrals in Madeline Tosh Merino Light in their 'Parchment' colorway to knit up the 'Biscuit' Cowl by Bonnie Sennott. 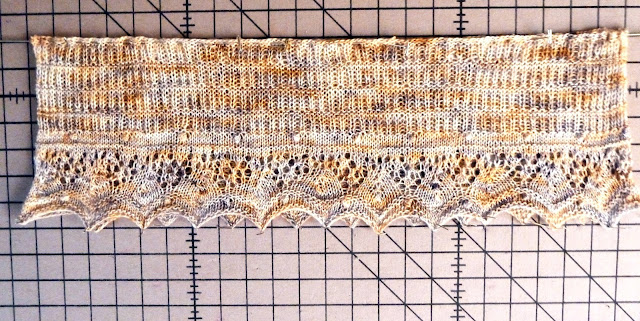 I have to admit to becoming bored with the 'biscuit' pattern and decided to finish the cowl one row short of the amount of 'biscuit' rows specified. Although this worked just fine and it looks really nice on I should have carried on and knit as much as I needed to. I say this because after blocking this looked amazing. The pattern includes photos of the unblocked as well as a blocked pattern. Because the Madeline Tosh yarn was a single ply and a bit thick & think I had not thought that it would look as nice as the project's specified yarn a yarn from the Woolen Rabbit. I like this pattern enough that I believe I will buy some of the yarn and make another one! That will teach me to just relax, believe and do it ! 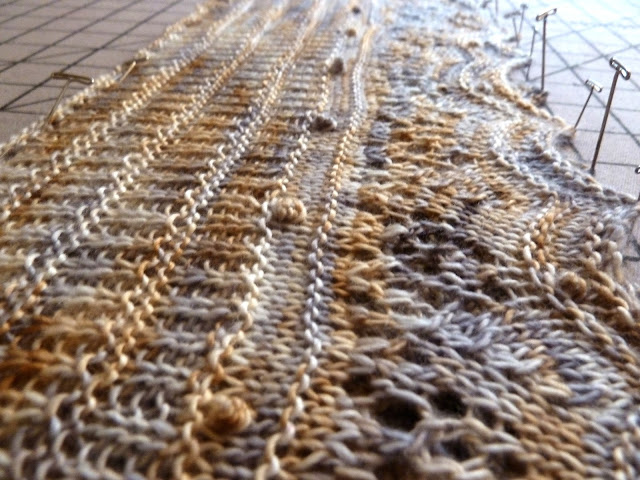 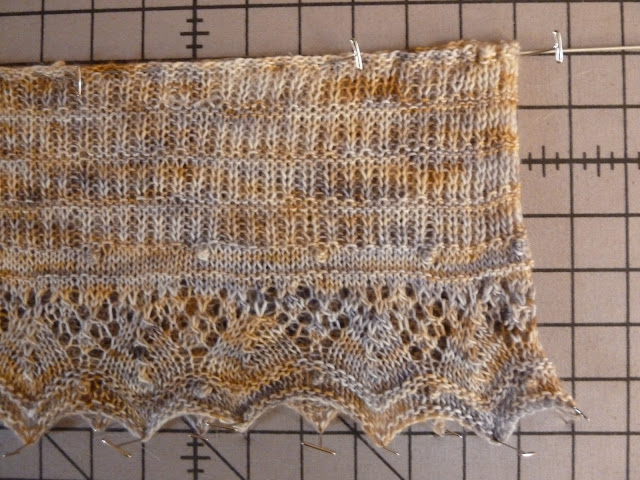 I hadn't made bobbles yet, and, my, but they are actually easy and quite fun to make! I can see playing with them in a variety of different weight yarns! So, I've managed to be productive at least. I am far, far behind on my Watercolor Lettering lessons - so that will be my focus as I head back to 'normal' - or at least what passes for 'normal' in my world!