Memorial Day & Feats Of The Week 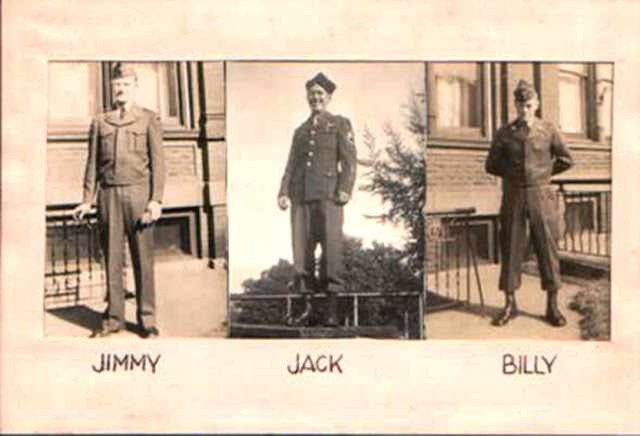 Every Memorial Day I take a moment or two to give thanks to those who serve in the military to preserve our freedoms.

I am proud to be descended from the Governor of Rhode Island, William Ellery, who signed the Declaration of Independence, and I am proud of my three beloved (maternal) uncles who each served in uniform. They were my real life heroes. Uncle Jack received two purple hearts during WWII. Uncle Bill was a war time pilot who later flew for the original Flying Tigers. My desire to become an airman probably stemmed from his interest. My Uncle Jimmy was the closet of them all to me - and he shaped my life in so many ways. He was the one who was always there foe me. We understood each other's eccentricities, and when I he passed I never really did get over it.

Let us give thanks for the freedoms we have, as imperfect as they are they are better than most anywhere else and they are, uniquely, ours. 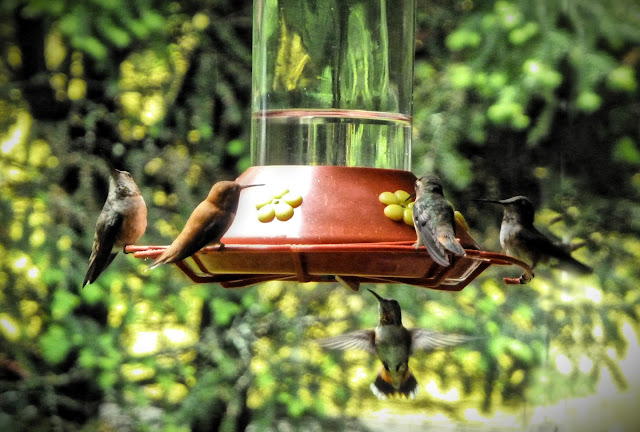 The hummingbirds have been hard at feeding this year. We've finally had to order several more of the Perky Pet Grand Master 48 ounce feeders. They are SO much easier to clean and fill that the 30 ounce glass models. They are working us hard this year. Right now we have four 32 ounce feeders and one 48 ounce feeder up, and they are drained in hours. It's a part time job keeping the filled and cleaned! I wish I could have gotten a clear enough image of te many birds that were lurking on the periphery of this feeder waiting for their turn. We were in the middle of filling the other feeders at the time! Yesterday I watched a hummer compete with a hiney bee for a place at the feeder. Most of the birds let the bee drink, but one spunky female just would not give up her place. The bee would feed, then the hummer would feed and, at times, they both had their noses in the feeding spout! It was fascinating to watch! 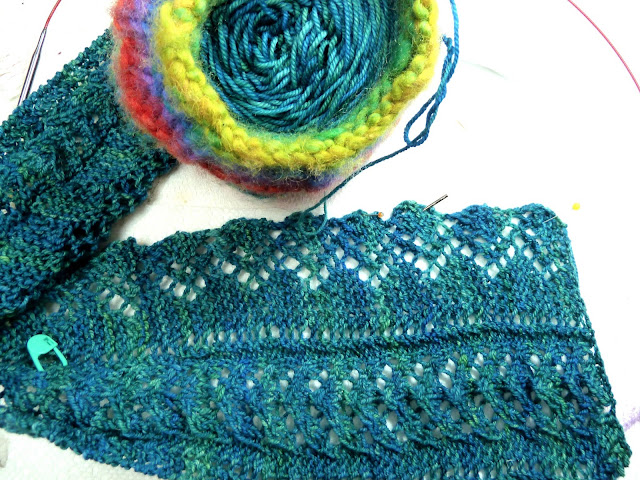 I just finished this shawl ; the Lizzie Bennett Shawlette by Annie Riley. I loved working the border lace area, and I enjoyed working in a color that I generally don't use. This is Malabrigo Sock yarn in their Solis Colorway 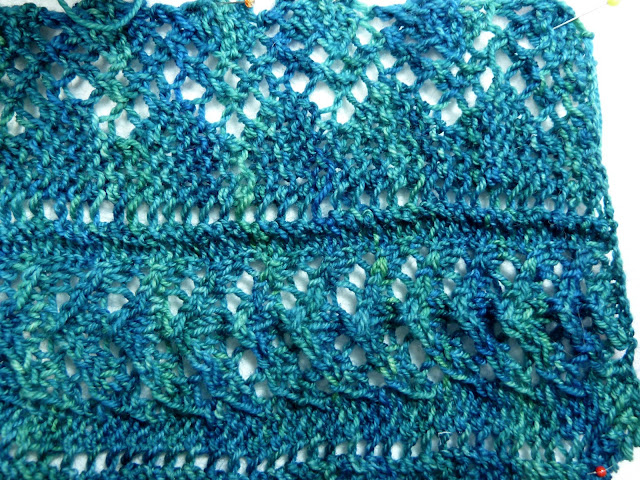