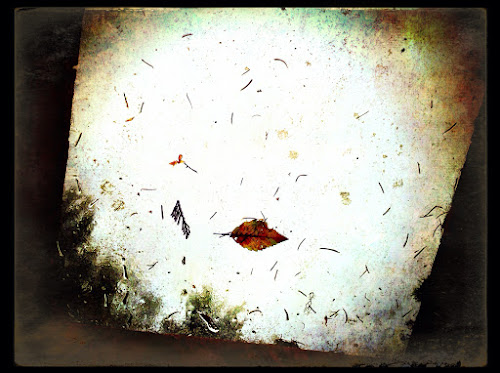 New Years's Eve ..almost. So many people are getting ready to gather for festivities tonight (perhaps a nap before the partying begins, a new coif, shopping for Champagne?) that I almost always feel a bit out-of-step on this day.

There was a time in my youth when I adored going glam (that's hard to imagine when I look in the mirror these days!), dusting off my formal wear and dancing shoes and chilling not one but many bottles of fine 'champs'. I used to look forward to see how my dates formal attire would look on them too. It was, at that point in time, a festive occasion. Not for the first time this year have I wondered if the holiday season is really fit only for the young....

Somewhere along the line my idea of a good New Years Eve became curling up with a good book and getting into bed by 9pm - about the time that my home states (New York and Connecticut) were watching the glittery ball fall in Times Square. I was never much of a reveler - truth be told. I wasn't fond of getting inebriated, for one, and two, I did not think that having a hang-over was, in any way, how begin a bright new year. My endearing, New Years Eve book fest continues...

Of course being the history buff that I am I like to read about New Years customs from days gone by...some of which, to me at least, feel more pertinent now than ever. Until 1752, when the Gregorian Calendar was adopted, New Years was not celebrated until March 25th..which in other times was also celebrated as Lady' Day and/or the Feast of the Annunciation.

The history channel has a nice little round up of New Years history and trivia here: http://www.history.com/topics/holidays/new-years...or Wikipedia does a nice job here: https://en.m.wikipedia.org/wiki/New_Year%27s_Day

It was good old Julius Caesar who originally though to make January 1st the start of a New Year in order to honor the god Janus.

Times Square in NYC began dropping the glittery ball in 1907

In medieval Europe, Christian leaders temporarily replaced January 1 as the first of the year with days carrying more religious significance, such as December 25 (the anniversary of Jesus’ birth) and March 25 (the Feast of the Annunciation); Pope Gregory XIII reestablished January 1 as New Year’s Day in 1582.

Throughout antiquity, civilizations around the world developed increasingly sophisticated calendars, typically pinning the first day of the year to an agricultural or astronomical event. In Egypt, for instance, the year began with the annual flooding of the Nile, which coincided with the rising of the star Sirius. The first day of the Chinese new year, meanwhile, occurred with the second new moon after the winter solstice.

Revelers often enjoy meals and snacks thought to bestow good luck for the coming year. In Spain and several other Spanish-speaking countries, people bolt down a dozen grapes-symbolizing their hopes for the months ahead-right before midnight. In many parts of the world, traditional New Year’s dishes feature legumes, which are thought to resemble coins and herald future financial success; examples include lentils in Italy and black-eyed peas in the southern United States.

Tonight's reading will be finishing up "The Spy Who Loved". It is a riveting biography of Christine Granville...a polish Countess who became a spy for the British during WWII. I learned SO much from this book....it will remain wit me for a long time and has sparked my interest to read more WWII history - something that, hitherto, held little interest for me....other than the French Resistance....they are some true heroes in my opinion.

When I turn the last page on tha book I am finally going to read Rutherford's "London". It has been on my TBR list for such a long time and I am in the mood for a long, historically based, book about one of my favorite places on earth.

Whatever way you celebrate the dawn of th New Year....and I sincerely pray that there are people who still live "puttin'on the Ritz" and dancing and reveling all night.... be safe and call a cab if you need to.

I wish everyone, especially my loved ones, friends and family alike, to enjoy a new year of blessings, light, love, laughter, health, and boundless creativity. Cheers! I may even drink a toast to that before the night is done!