The Climes They Are A Changing 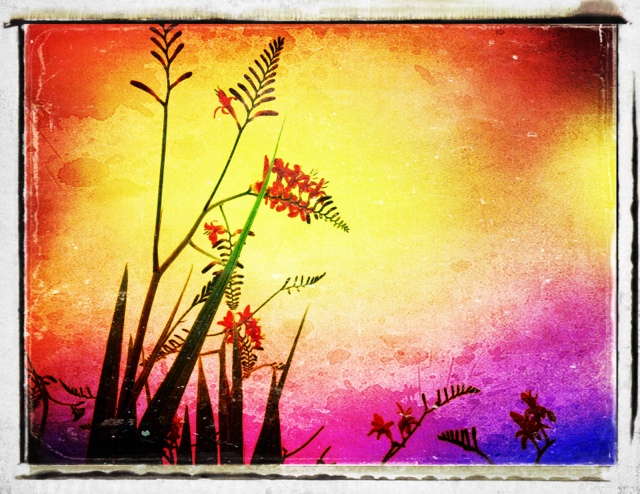 I have a very unscientific theory that genetics plays a part in how your body can cope with heat. I’m a born and bred New Englander now living near the Canadian border on the opposite coast. My ancestors were all ex-pat Brits who lived in New England for more generations than I can count on two hands and two feet. I think our blood runs thick. When I lived and worked in Texas I was never able to adjust to the heat and I had a hunch that no matter how long I lived there my blood would never thin enough to allow me to adjust. My ‘comfort zone’ is a northern climate. Thick blooded people, I believe, suffer more from heat than do more thin blooded southerners. Therein, however, is the rub. The conundrum is that as I age, and arthritis progresses to dominate my joints, I feel better when it’s warm. I feel soothed despite the ennui that invariable makes the only place that looks inviting to me my ‘lazy boy’ chair– possible covered with a towel that both absorbs perspiration as well as adds its own unique texture to exposed body parts! Why don’t they make Lazy Girl chairs I wonder? Indeed, heat stops me dead in my tracks – but it soothes my bones. Go figure! At least I now have an explanation for why my father “took leave of senses” (as I thought of it at the time) when he moved from New England to Florida. Yes, it was a light bulb moment that I wish I could share with him and watch him gloat!

I digress. Our house is one of the few that I know of that has a small window air conditioning unit. Not a pretty appurtenance, but useful. Here in these genteel hinterlands people scoff at the need for any cooling mechanism other than a fan or two. Our house has a plethora of those as well. The little ‘gem’ of an ac unit was a second hand gift from a friend who saw no need to take up valuable storage space with something she said that she would never use. Needless to say, she called last night to mention how utterly dreadful the heat was. Sheepishly, I asked her if she wanted her ac machine back. Thankfully, she said “no – there’s only one more day of this to endure…”. Let’s hope she’s right. The thermometer on the deck displayed a blazing 102F yesterday afternoon. We had reflective curtains drawn tight against the permeating heat, the fans were blasting (the noise of them makes my head hurt) and the ac unit was making like the little engine that could and it did, in fact, manage to keep the temperature at least 15-20
degrees cooler than the outside temperature. That’s a feat for such a small little thing and it’s a big ‘win’ in my book. DH suffers even more than I do in the heat and the noise of the machinery does not seem to faze him at all whilst I need to bring out the earplugs and Excedrin.

Then again, DH could manage to live in Artic quite comfortably I think. He keeps the temperature in the house so low with these various cooling devises that I sometimes have to have a warm scarf wrapped securely around my neck in the evening! Better to be able to remove something that be uncomfortable and have nothing more to remove!

The one thing that I love about hot days is how the cooler hours of early morning and late evening feel on my skin. I love to step outside on the way to work and stand still for some moments to enjoy the way the cooler air feels as it wraps it’s cool, wispy, threads of air around my uncovered arms and feet. The coolness collects in little eddies making me wish I could ‘freeze frame’ the feeling and hold it for later in the day. The same holds true in the evening when the heat of the day begins to dissipate, allowing stands of ‘cool’ to sooth the ragged, hot air. The plants react quickly to the lowered temperatures perking up noticeably after enduring the wilting heat of the day.

The prognosticators at NOAA promise a return to more ‘normal’ seasonal temperatures for us over the weekend – despite the threat of some significant thunderstorms on Saturday evening. Our neighbors in the eastern part of the state are fighting some very serious, very devastating, wild fires at the moment and my prayers go out to those who have already suffered loss and to the fire fighters who work so tirelessly to contain these monsters. I hope that any thunder storms that cross our way will not cause any more heartache by producing more fires to be combated.

There’s still no rain in the forecast for us which, for our neck of the woods, is quite unusual. Let’s all keep cool thoughts in mind and realize that autumn is just the blink of an eye away – when we all, invariably, say it’s too cold!
Can any of us doubt that Mother Nature is sending us a loud and clear messages that the climes they are a changing?
at August 17, 2012
Email ThisBlogThis!Share to TwitterShare to FacebookShare to Pinterest
Labels: drought, heat, life